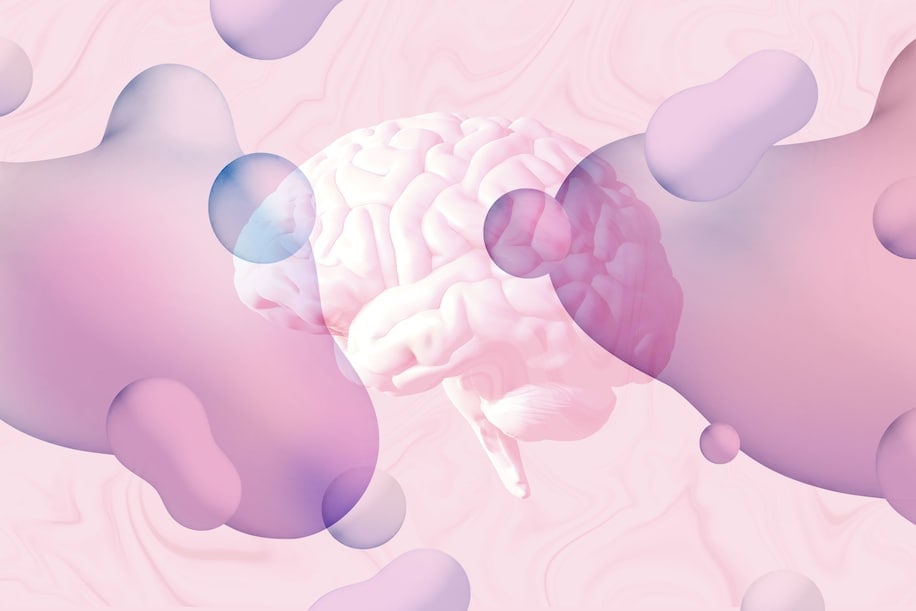 Who should try ketamine therapy? What does it feel like?

Ketamine is an anesthetic used to sedate both humans and pets, and it’s a favorite of partygoers seeking a psychedelic high. Now it’s also the subject of an enormous amount of interest as a fast-acting treatment for depression and other serious mental health conditions.

Despite all the buzz about ketamine’s therapeutic potential, people remain confused about how it works and how to find a doctor who prescribes it. We interviewed psychiatrists, other experts and patients to answer 10 common reader questions about ketamine. Here’s what they had to say.

Who is most likely to benefit from ketamine therapy?

Ketamine treatment, in general, is for people suffering from serious mental illness who have tried other medications with little or no relief. It has been most widely studied in people with treatment-resistant depression and acute suicidality. It may also benefit patients with conditions such as PTSD, OCD, bipolar depression, anxiety and eating disorders. People with certain conditions such as psychosis generally are not candidates for therapeutic ketamine.

On Monday, a study published in the Journal of Clinical Psychiatry of ketamine users at three clinics in Virginia showed significant reduction in symptoms of depression. The evaluation of more than 400 patients at three MindPeace ketamine clinics in Virginia showed that 72 percent of patients saw improvement in their mood and 38 percent were symptom-free after 10 infusions. The study, conducted by the ketamine clinics on a self-selecting group of patients, has its limitations.

Ketamine was approved as an anesthetic in 1970, but using it to address psychiatric conditions is considered “off-label.” That means it’s legal for a doctor to prescribe, but it’s not approved by the Food and Drug Administration for that particular indication.

The one exception is esketamine, a nasal spray approved by the FDA in 2019, and marketed as Spravato for treatment-resistant depression and acute suicidal thinking.

Gerard Sanacora, a professor of psychiatry at the Yale School of Medicine, said that while ketamine can be “lifesaving” for some patients, many questions remain about the range of disorders it might help, the best mode of delivery, optimal dosing and long-term safety. “It’s not a miracle treatment for everyone,” he said.

What is the evidence that ketamine therapy works?

Numerous studies show that ketamine can work as a fast-acting antidepressant, alleviating symptoms in many patients in a matter of hours or days. While no long-term data are available, in early small studies, ketamine therapy significantly and rapidly reduced depression symptoms in about 50 to 70 percent of patients. Traditional antidepressants can take four to six weeks to take effect, and for some patients, they don’t work at all.

While traditional antidepressants can affect levels of certain brain chemicals related to mood and emotion, ketamine influences a different neurotransmitter called glutamate. Ketamine can trigger a cascade of biochemical, structural and functional changes in the brain. It’s believed that ketamine works by essentially making the brain more malleable and receptive to therapy or alternate ways of thinking.

Other psychedelic drugs, including psilocybin, the active ingredient in “magic” mushrooms and LSD, as well as MDMA, known as ecstasy, are being studied to treat various mental health conditions, but esketamine and ketamine currently are the only drugs of this kind that can be prescribed legally outside clinical trials.

What happens during ketamine therapy?

Ketamine therapy often is given through intravenous infusions that last about 40 minutes. The dose is lower than when the drug is used for sedation. Intramuscular injections and tablets that dissolve under the tongue also are becoming more widely used. The nasal spray esketamine is taken along with an oral antidepressant.

In a clinical setting, ketamine patients typically sit in a comfortable chair, listening to music while the treatment is administered. The number of ketamine sessions can vary, but many providers suggest an initial course of six treatments over two to three weeks. Talk therapy, which often happens after the drug effects end, can also be part of the treatment.

Esketamine (Spravato) is given twice a week for the first month and may be taken once a week for a second month. The patient remains under doctor supervision for two hours after treatment until any potential side effects have passed.

Patients say that therapeutic ketamine can feel like floating outside one’s body, pleasantly leaving your physical self behind. Some people gain a heightened sensory awareness; colors may seem brighter.

Ann McGill, 67, of Randolph, Mass., who has suffered enduring, debilitating depression, compared her intranasal ketamine treatments to being inside a lava lamp. “Like that little thing that floats around,” said McGill, who received ketamine therapy at McLean Hospital in Belmont, Mass. “It’s really peaceful and serene, tranquil and beautiful.”

Other patients might start crying uncontrollably or become anxious. Common side effects can include nausea, drowsiness, dizziness, poor coordination and feelings of disassociation and unreality. An increase in blood pressure can also occur, which is why monitoring during treatment is important.

Ketamine appears to provide patients a kind of mental time out from distressing thought patterns, experts said. Daniel Brenner, a psychiatrist and founder of Cambridge BioTherapies, said that as negative thinking begins to quiet down during and after ketamine therapy, many patients begin to find psychotherapy more productive, and behavioral patterns easier to rework. “Feelings become more available,” Brenner said. “It’s not just an antidepressant, it’s also a medication that shuts down the anti-reward circuitry in the brain that gives rise to shame and self-reproach and the desire to hurt yourself.”

Ariel Wolff, a 32-year-old veterinary technician of Malden, Mass., sought treatment from Brenner and began intravenous ketamine infusions in June. After six treatments, Wolff, who had struggled with depression and anxiety for 20 years, started cooking, hiking, reading and chatting with work colleagues again. “I felt great, better than I ever had in my whole life,” she said. “This was the person I’d always wanted to be, but couldn’t because I was so mentally ill.”

In the study at the ketamine clinics in Virginia, researchers found an 85 percent decrease in suicidal ideations, but acknowledged that there is no system to track adverse events and side effects among ketamine patients.

When used under supervised conditions and with careful patient screening, most practitioners consider therapeutic ketamine to be generally safe, with the caveat that all medications carry some risks. They note that ketamine remains a controlled substance regulated by the Drug Enforcement Administration and is subject to strict safety controls because of its potential for abuse. Certain medications and conditions make ketamine therapy too risky for some patients, physicians say, so a full mental health and medical history is critical before embarking on such treatment.

The American Society of Ketamine Physicians, Psychotherapists & Practitioners advises people “not to drive, work, care for small children, or engage in stressful tasks for the rest of the day after a treatment.”

An international group of experts on mood disorders last year published a paper in the American Journal of Psychiatry synthesizing the current evidence on esketamine and intravenous ketamine for managing treatment-resistant depression. They noted that the drugs offer “opportunity and hope” to patients, but that there is an “urgent need to clarify the long-term efficacy of these agents as well as significant unanswered questions with respect to safety.”

How can someone get a ketamine prescription?

Find a trusted physician or mental health care provider and talk to them about the risks and benefits of therapeutic ketamine. ASKP3, the society of ketamine physicians, estimates there are about 600 providers in the United States offering ketamine to treat thousands of people for a vast array of mental health conditions.

Rakesh Jain, a psychiatrist in Austin, said ketamine therapy in recent years “has become exceedingly common among both psychiatric and non-psychiatric professionals.” The upside, he said, is “thousands of previously poorly treated patients are obtaining relief.” But the number of providers “is so large, and growing so rapidly, there is simply no way to quantify how many clinicians are utilizing therapeutic ketamine in their practices.”

Can people self-medicate with ketamine?

A person considering ketamine treatment will get the best results spending time talking through the various options with a trusted provider or clinician, said Raquel Bennett, a Berkeley-based psychologist and founder of the KRIYA Institute for ketamine research.

Experts strongly advise against self-medicating with ketamine because it can have physical and psychological side effects, and unmonitored patients can develop a dependency over time.

Psychologically, ketamine can trigger a revisiting of traumatic events, and physicians say oversight is important should patients require support or guidance.

If ketamine works, why isn’t everyone with depression using it?

Ketamine’s potential as a treatment for certain mental health conditions is gaining credibility among many physicians. But ketamine is a widely available generic drug, and there’s no incentive for a pharmaceutical company to fund a large, high-quality trial. Ketamine’s reputation as a party drug, the fact that it remains a controlled substance, and the lack of long-term data makes some practitioners and patients wary.

Are ketamine spas legal? Is at-home ketamine therapy an option?

Physicians can legally prescribe ketamine for mental health conditions, but at the moment, there are no universally accepted requirements for oversight or patient guidelines. As a result, ketamine providers of all flavors have proliferated, from high-end wellness centers wooing clients with zero-gravity chairs and relaxation moon pods to mail-order ketamine subscriptions that come with “healing playlists.”

Albert Garcia-Romeu, an associate professor at Johns Hopkins University School of Medicine, who studies psilocybin and other psychedelic drugs for mental health, describes the ketamine therapy landscape as “kind of the Wild West.” “You pay out of pocket, there’s no real standard protocol, different providers do it differently,” he said. “Some people use it with wraparound talk therapy, others don’t — they just lay you in a bed, do the treatment, then you go home.”

Numerous telehealth companies — Peak, Nue.life and My Ketamine Home, among them — offer ketamine treatment directly to the doorstep. Mindbloom, a telemedicine company launched in 2018, now offers at-home ketamine therapy with virtual support to patients in 30 states, says CEO Dylan Beynon. Consumers are instructed to place the ketamine tablet under their tongue without swallowing for seven minutes and then spit, while a “peer treatment monitor” — an appointed adult coached by a Mindbloom “guide” — stands by.

Some providers worry about the lack of in-person clinician monitoring. “There’s clearly a need for greater oversight,” said Robert Meisner, founding medical director of the ketamine service in the division of psychiatric neurotherapeutics at Harvard’s McLean Hospital.

How much does ketamine therapy cost? Will insurance pay for it?

On average, a single ketamine infusion costs about $450-$500, said Sandhya Prashad, medical director at Houston Ketamine Therapeutics and president of ASKP3, the society of ketamine physicians.

Six ketamine infusions over two to three weeks at a psychiatrist’s office, including an in-depth, pretreatment consultation and post-treatment follow-up, can run up to $4,500. At-home ketamine businesses typically offer the therapy at a lower price point: Mindbloom, for instance, charges $1,158 for a six-session treatment plan with virtual support; it’s $768 for six follow-ups. While some people achieve remission after one round of treatment, some others require monthly boosters.

Ketamine is “a treatment, not a cure,” said Prashad. “Ongoing treatment is very likely required.”

In general, insurance covers Spravato for mental health, but not other forms of ketamine. There are some exceptions. Blue Cross Blue Shield of Massachusetts covers ketamine but requires prior approval and rigorous criteria for use. In some cases, providers say, insurers that won’t reimburse for ketamine treatment might cover some of the related services, so it’s worth checking the details of particular plans.

Meryl Kornfield contributed to this article. 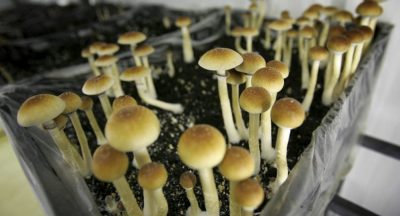 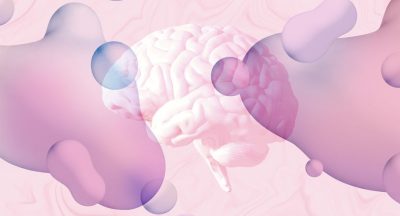 Who should try ketamine therapy? What does it feel like?

Ketamine is an anesthetic used to sedate both humans and pets, and it’s a...